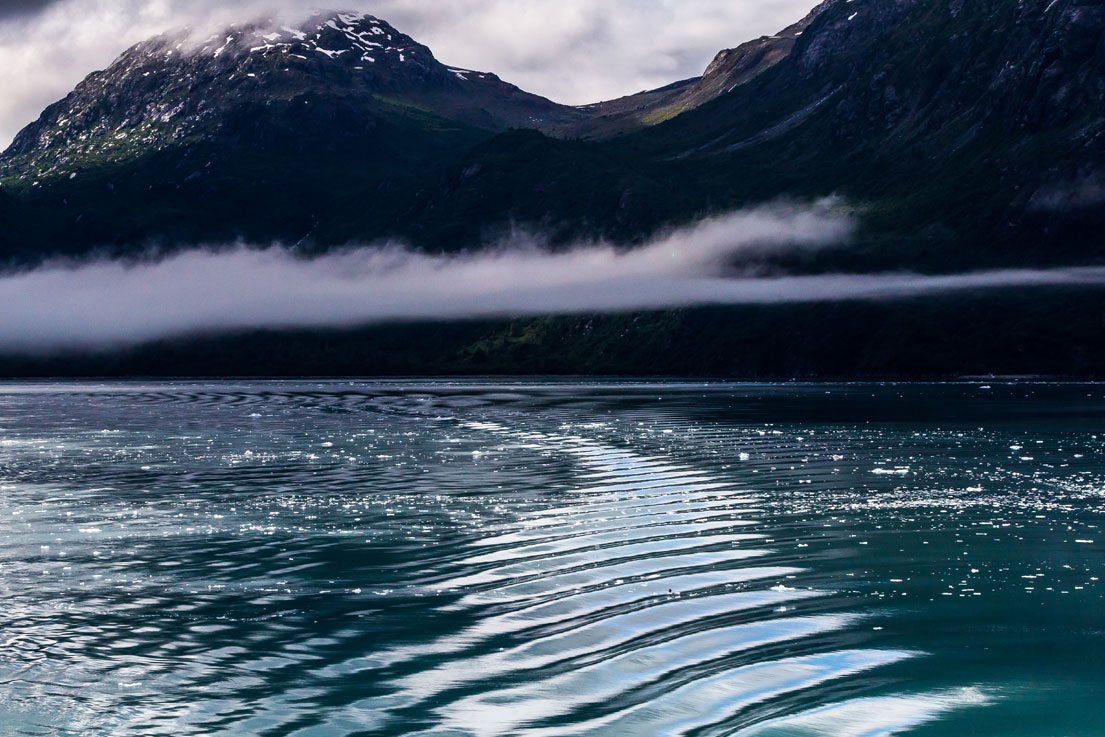 Our last day in Alaska – Fairbanks. This morning, while walking through the parking lot of our hotel complex on the way to an adjacent hiking trail, we came across a construction worker who was trailed by two Canadian Geese. We heard him ask a co-worker to call someone about the birds. No sooner did we appear than one of the geese made a bee-line to me. The other soon followed, and we had new friends.

We passed another construction worker, who stopped and removed his ear phones. Clearly he was a local, and in tune with, and so appreciative of, the surrounding nature.

He watched us for a while with a huge and knowing smile on his face.

The Canadian Geese followed, faithfully, to the lake we hiked to. Then instinct took over. The geese slowly made their way down the slope to the lake and slowly got into the water. We said goodbye.

As New Yorkers, we forget how disconnected we are to Mother Nature. Not the case in Alaska, where nature is omnipresent. The landscapes. The animals. The constant query: Have you seen a bear? People are obsessed! This is a 500+ pound animal whose “space” should be respected and who can, and will, outrun you. In an encounter, a bear will – we are told – leave you alone if you lay on the ground, curl into a fetal position and put your hands behind your neck. In essence, your life would depend on your impression of a dead person.

One of the most entertaining talks has been about the moose, and its mating ritual. The male spends 5-6 months growing his prized antlers, reaching his greatest weight by then thanks to abundant food available during warmer months. In August, when he’s big and ready, the male will dig a hole in the ground, urinate into it, then step in and splash into it. The goal is to coat as much of his body with urine. The “scent” on his body is then used to attract a female, who will then hover her huge nose about the male’s body in a fit of arousal. Then she’s ready for business!

Presently on a bus north to Denali National Park, then onto Fairbanks on our last day. Fairbanks is just north of a town called North Pole!

Our wonderful trip is winding down. Boo hoo! But what an eye-opening experience. Thanks for allowing me to share our trip.

We got to Juneau this morning in the rain and fog, and it pretty much stayed this way. But we headed out to Mendenhall Glacier (third photo) anyway. Spectacular!

Mother Nature has been breathtaking so far, difficult to capture in pixels. The silky water. The dramatic skies. The evergreens shrouded in fog. Wow!

Tomorrow we head out at noon for a 6.5 hour photo trip. More rain is forecast …