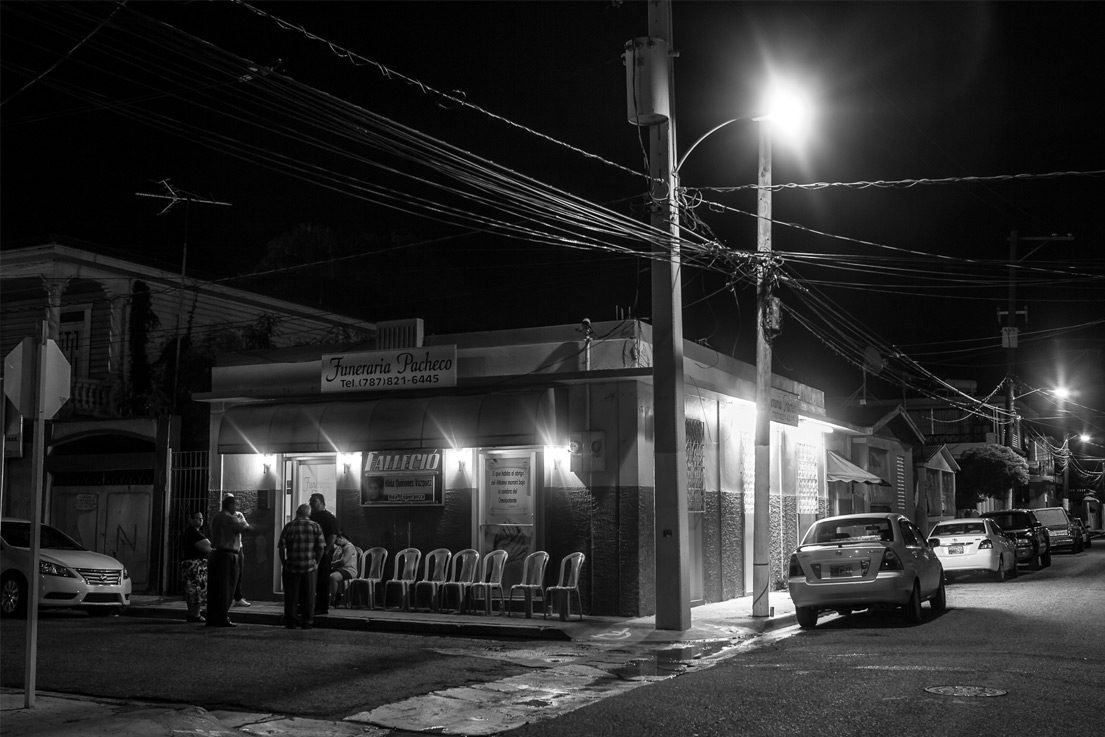 My beloved grandmother passed away in 1980. I was 18 and selfish and not emotionally present. She spent the last year of her life in and out of hospitals, but all I remember from that time were trips to the beach. Even during her wake, I was more of an observer and less a participant. Fast forward to this year, and my mother’s passing. I was not going to make the same mistake again.

I traveled to Puerto Rico alone; I didn’t want the experience diluted by any part of the life I’d worked hard to create post-ghetto. And for the first time ever, I agreed to stay at my mother’s house, albeit without her there. I wanted … needed … to immerse myself in her world, direct and unfiltered, and to fully embrace my Puerto Rican skin.

This immersion meant, among other things, sleeping in a bedroom without bug screens or air conditioning 100 degree weather. It meant waking up at 7:00 a.m. as cars drove by slowly, with speakers mounted on their hoods, blaring sales promotions from local stores — Llamen Ahora! It meant uptempo renditions of Silent Night sung en espanol and arranged with a salsa beat. It meant frequent road-side stops for a cervecita fria y una alcapurria (Google it).

The wake was a see-saw of emotions. Imagine a somber discussion about my mom being completely lucid until the end, deciding herself against intubation and directing her husband to sign the appropriate papers. Imagine an observation about her boobs — “They’re bigger than the ones she had removed, and have you noticed that one of them is sliding down her side?” Imagine the tiny funeral parlor filled with the smell of fry oil late in the day as the attendant began cooking empanadas for the crowd. Then imagine holding someone close while their entire body trembles with grief.

The funeral parlor was open from 8:00 a.m. until 11:00 p.m., and yes, I was there for the two days of the wake. Many townsfolk came to pay their respects. They knew her well and appreciated her joy of life. Lots of stories about her generous nature. Lots of smiles about her unpredictable nature. Lots of laughter at her inability to remain physically still.

She and I share more of those qualities than I care to admit. I am me because of this woman. When my time comes, I hope to have touched as many lives. Here are some photos of her world, direct and unfiltered – all of it incredibly real.